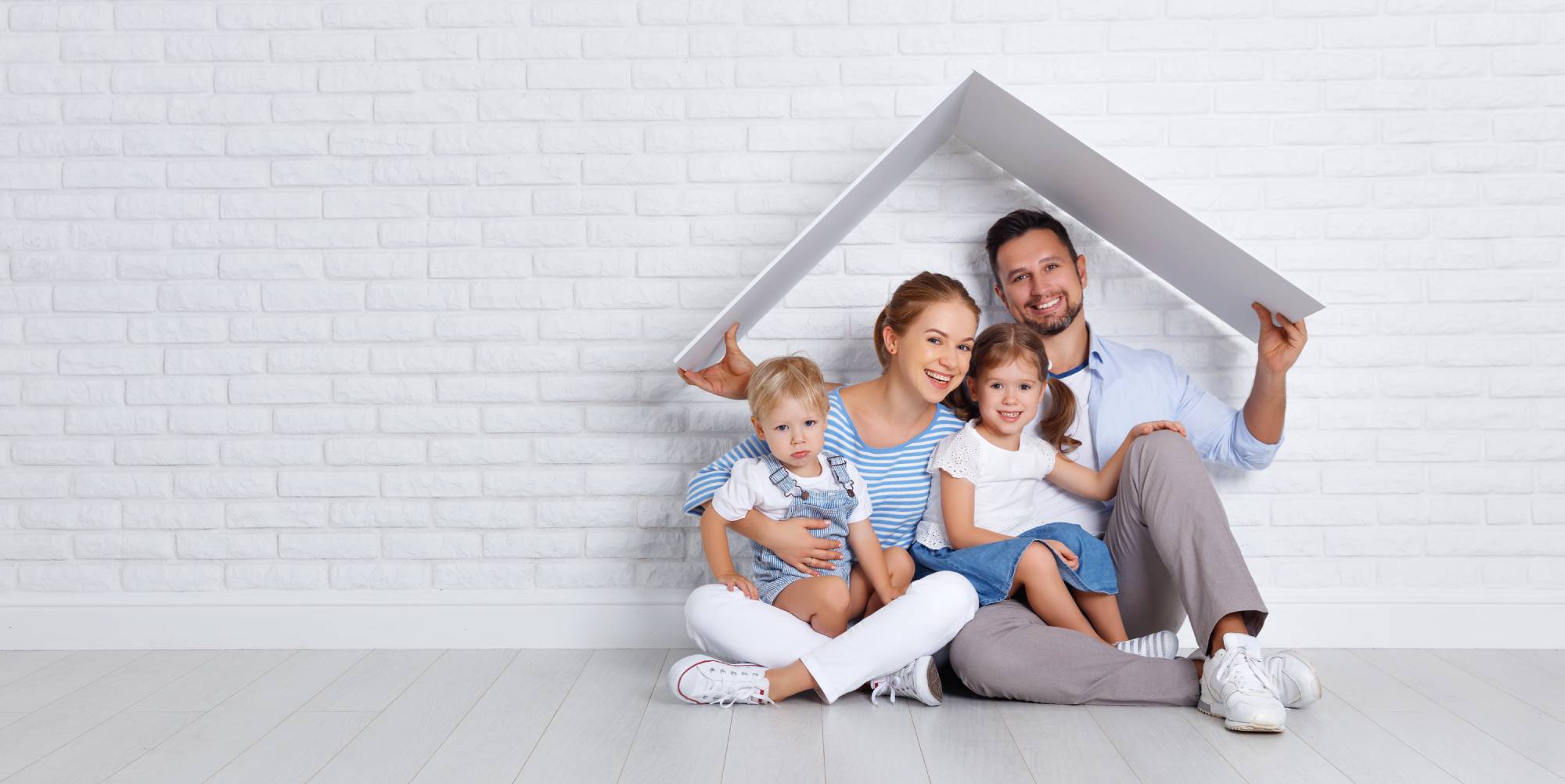 My Airbnb Overview of Austin, TX

I turn 40 years old this month and will be traveling this week with 9 other couples to Lake Austin, TX. In honor of my trip, my Airbnb City of the Month is Austin, TX.

Here is my full overview of this market. If you are interested in investing in a short-term rental or Airbnb make sure to click the link in my Instagram bio to download a copy of my New book: Generating Massive Wealth thru Airbnb. I am making this 70-page book FREE for the month of June. 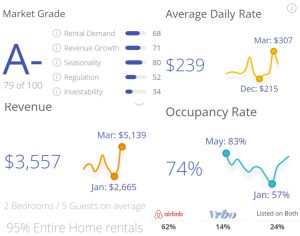 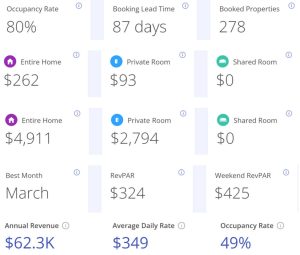 Austin may not have the beaches of LA or Miami or the casinos of Las Vegas. But it’s still a prime destination for tourism. A historic city, the capital of the second largest state, and one that has 300 sunny days in a year is bound to become a tourist hotspot.

Most people think about New Orleans as the music capital of the US, but Austin is trying to compete for that title. It has long been trying to develop its music scene and looking at the recent results, the mission was a success. Both Austin’s Autumn and Spring music festivals draw in over 400 thousand visitors per year, adding to the already large number of clients of Airbnb Austin hosts. Since the city is actively trying to earn the badge of the capital of live music, nightlife, in general, is pretty dynamic in Austin.

The city has over three hundred bars and 250 music venues. One Austin neighborhood even has the highest number of bars per capita (yes, that’s a real statistic). It houses 88 bars, and while it’s not the highest number in the country, within this neighborhood, 88 bars equal one drinking establishment per 67 residents. That’s enough for every local to go to sleep at six in the morning, and then some. Austin doesn’t stop at bars and music venues, though. The city officials are actively pursuing any and all tourism opportunities they can get. For instance, they take pride in being named one of the most dog-friendly vacation destinations, the best Winter vacation destination, and one of the best cities for conferences. The latter is quite an important factor as Austin attracts plenty of businessmen who come to attend conventions, conferences, and meetings.

The Move to Austin

Tourism isn’t the only reason Austin is growing in size. Recently, there’s been a huge growth in population due to rather massive migration from multiple states, primarily California, to the city. Why do almost a thousand people move to Texas daily? There are two main components. The first one is practical. Texas is one of the freest states both in terms of taxation and COVID-19 restrictions. As exemplified by the governor’s decision to ban mask mandates, Texans are not required to take safety precautions. A larger amount of freedoms as envisioned by many Americans such as a lower tax burden and a more lenient firearms legislature also play a role. The second component has to do more with fashion than with practicality. The thing is, the big move to Austin probably started with multiple tech companies moving their headquarters from Silicon Valley to Texas. The reason behind that was purely economical, but it started a trend.

As people who wanted to work for Tesla and Oracle followed the companies to the Austin area, they found that it’s a cheap outdoors city with a local flair that is a pleasure to live in. Once most tech companies opened up offices in the Silicon Hills, a tech hub near Austin, celebrities started following the trend as well.

All of that combined makes Austin not only a reasonable place to live in but one that is always present in the media. It’s smart to move from California to Nashville because you’ll pay less in taxes, but Austin is the city everybody is talking about. That alone can influence your choice, and evidently, it does for thousands of Americans. During the last decade, 4 million people moved to Texas, and the number is expected to rise given the current trends. This makes Texas and Austin in particular, a prime target for real estate investors.

This huge influx of people from both US and foreign countries can’t help but create demand for real estate. With the city not doing enough to keep up in terms of supply, it creates both problems and opportunities for the investors and developers. The demand is really growing-there were over 40 thousand homes sold in 2021 in the larger Austin area. That’s a 2.5% growth since 2020. There are plenty of housing projects in the city as well, around 18 thousand homes were being built at the start of 2021. The number of closings (homes that are finished and sold to the happy owners) was also around 18 thousand, a 15% growth from the previous year. The construction is breaking records, but so does the demand for Austin housing. With 18 thousand housing units built and 40 thousand potential short-term rentals for sale, this leaves a huge gap between the supply and the demand. What this leads to is home appreciation. Just last year, property prices rose anywhere between 33% to 39% depending on the neighborhood.

This means that if you want to get into the Austin real estate market, you have to do it fast. Otherwise, you’ll end up paying 30% more next year. According to the data from the Austin Board of Realtors, the busiest time in the city’s real estate market is from April to August- in this time period, there are significantly more properties on the market. This does leave you with a lot more choice, but as a result, the price is going to be higher as well. If you want to get a bargain while buying an Airbnb property in Austin, shop off-season. this way, you can save anywhere between ten and twenty thousand dollars.

When it comes to the profitability of your rental, the Austin market shows pretty decent results. According to Mashvisor’s data, the average occupancy rate in the city is around 50%, which is amazing considering we’re living through the largest pandemic in recent history. However, due to most properties being slightly overpriced, cash on cash return doesn’t exceed 4%.

Overall, a rental Airbnb in Austin, TX makes for a great investment. Despite being overpriced, Airbnb in the city is pretty popular, and renting out your housing unit is guaranteed to turn a profit. The Airbnb Austin property will also appreciate in value, and if the current trend keeps going for at least a couple of years, it can more than double in price by the time the mortgage is paid out.

Despite the status of the state that is quite lenient when it comes to regulations, Austin authorities make turning a profit on Airbnb a bit harder than it should be. To start off, to open an Airbnb business you need to get a permit for using your property as a short-term rental. The initial charge for the permit is $572, with the renewal fee being $313. You also need to have valid insurance on your rental and be prepared to pay hotel occupancy taxes. Austin’s city council also tried to implement additional regulations on Airbnb0type housing back in 2016. Some of the regulations included a ban on renting out properties where the host does not reside, a ban on having more than two adults per bedroom, and a ban on assembly in the rental between 10 PM and 7 AM. Luckily for the investors, these regulations were later deemed grossly unconstitutional and overturned by the state appeals court.

The major reason behind these rules was to fight the nuisance that many Airbnb guests caused for neighbors, namely loud partying. Remember, Austin is quite heavy on bars and the music scene, so partying all night long is not something out of the ordinary. One of the said rules did remain in place, and it’s actually implemented by Airbnb. In 2021, over three thousand bookings were rejected by the platform itself without the city council having to interfere. Within Texas as a whole, Airbnb rejected over 40 thousand bookings. The reason behind this is the “under 25” policy. The platform won’t let guests below 25 years of age rent the entire house to themselves, only private rooms. This is done in an effort to combat loud partying that annoys both the neighbors and the hosts.

5 Best Neighborhoods for Airbnb in Austin

This entry has 0 replies

Know EXACTLY
How Much Home
You Can Afford

Get pre-approved for a mortgage
with as little as 3.5%&nbspDown

See If I Qualify Now!

Refinance your existing mortgage to
save money and tap into&nbspequity.

How Much I Can Save?

Get Your Mortgage Rate Quote!

Mortgage rates change every day, and your rate will vary based on your location, finances, and other factors. Get your FREE customized rate comparison below:

I Want My Mortgage Rate Quote!